Hello and welcome to My Little Karaoke !

We're delighted to announce the release of the new … 2021 version of our game, bringing even more songs and more features to your pony karaoke parties. Our beta testing phase is finally over, and all songs and other improvements are now consolidated into this stable release. We hope you'll enjoy playing our game! 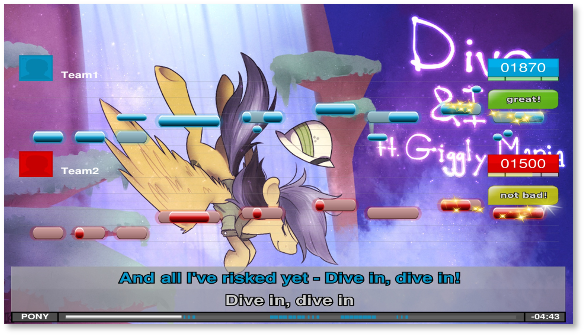 December 3rd, 2021 update: we've rebuilt the website, forums and leaderboards are back! New songs continue to be released through the game's launcher, check them out!

August 5th, 2017 update: we've made yet again several improvements! Please run the installer (or launcher) again to download the latest version of the game. Along with a lot more new songs, the engine has been significantly improved for performance, the online leaderboards are live again, and many many many many bugs such as the search function have been fixed. We hope you enjoy this release!

April 19th, 2016 update: we've noticed a few issues with the current release and fixed a few things, including duplicate songs showing up in the selection screen. Please run the web installer again if you already have the game, as it will automatically download the needed fixes (this will not download the full game again, only update files). New users can get the game as usual by running the same web installer.

My Little Karaoke is available free of charge for Windows, Mac OSX, and Linux. Grab some mics and start playing!

The game is now much easier to install: our new web-based installer will allow you to both update your current setup, or install the game from scratch. It will also automatically verify downloaded files to prevent installation errors, and allow you to resume downloads if it's interrupted for a reason or another. The 110+ new songs (not counting variants) that were released through the Beta Channel are now part of the main download as well, bringing the overall total to more than 450 songs. New songs will also be released from time to time, which you'll be able to download directly from our launcher.

This major release introduces a brand new, shiny version of Ultrastar Deluxe, the core engine behind the game. It's a huge rewrite of the game: as it's now running on SDL2, it will be a lot more stable on modern operating systems (Windows, Mac, and Linux still supported). As a result, the game will also use a lot less resources to run, which will seriously boost performance on low-end hardware (eg, low-cost tablets for portable karaoke on the go). Everything from the WorldParty mod (Beta) has been included as well: duets are now standardized, 6 simultaneous players can play on a single screen (or still spanned across two screens for huge karaoke events), online leaderboards are integrated into the main game, and much much much more. 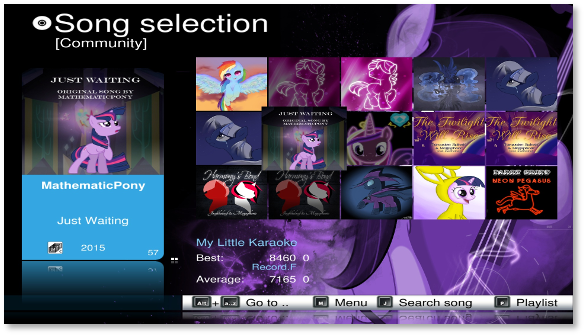 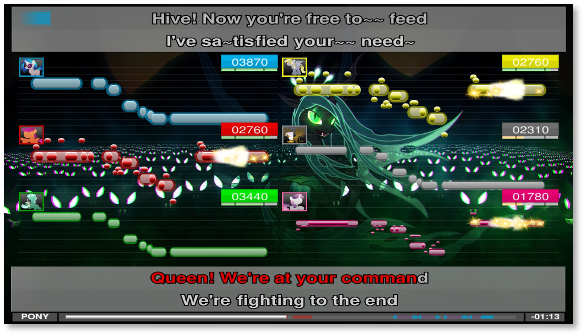 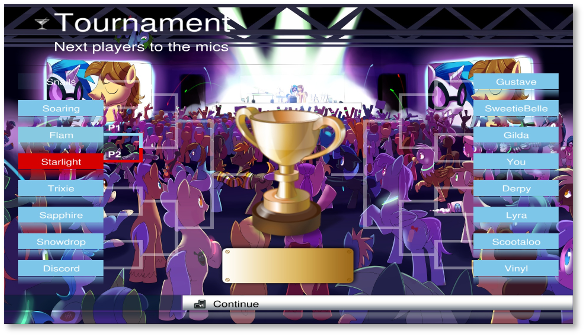 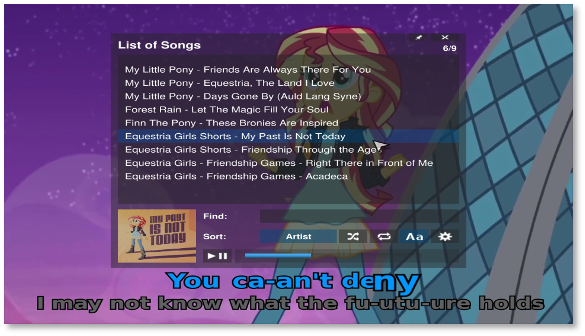 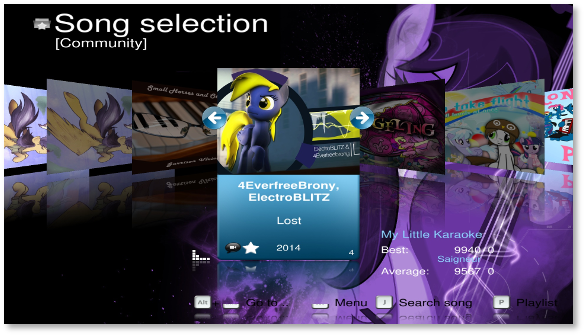 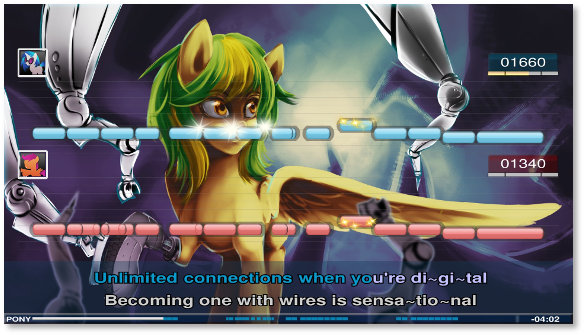 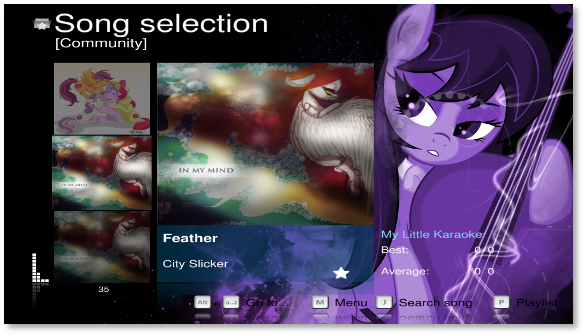 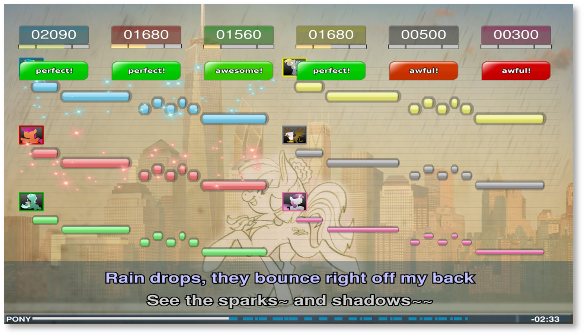 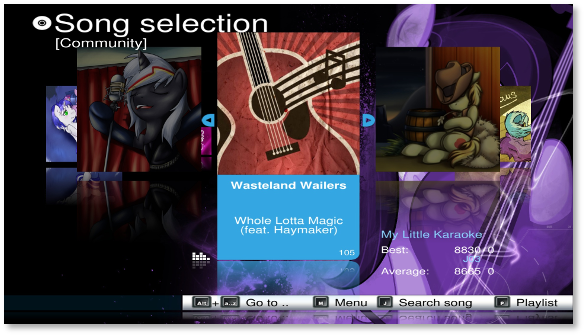 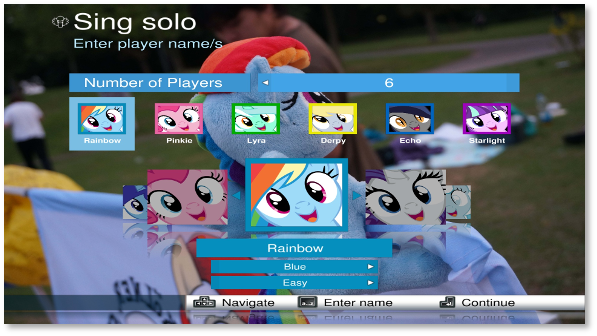 I'd personally like to thank everyone who worked hard to make the game, and this release, possible:

Thanks, guys and gals - you're relentless workhorses and sank so many hours into what only started as a silly little idea. Love you all!

Multiplayer party in your browser!

Create a party up to 6 players on Ponytone!, a sister project implementing the MyLittleKaraoke songs directly in your web browser.
Tweets by MyLittleKaraoke